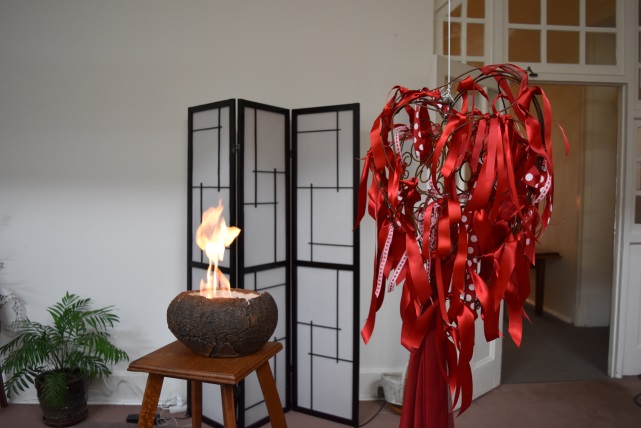 One Heart – Many Bodies

On the 10th – 12th June over 80 lay people, representing almost every MSC ministry in Australia, gathered at Douglas Park for what we came to name as our first Australian Lay Chapter.

The purpose of the gathering was to develop a representative statement from the diverse family to be presented at the up-coming MSC Chapter. We invited Sr Therese Carroll rsj to be our facilitator, knowing that she is also to facilitate the up-coming Chapter for the MSC. Her facilitation was superb.

We began the gathering with a prayer ritual that incorporated significant scripture passages and music and snippets of the MSC story. The symbol of two hearts beating as one was a feature of the prayer space. The opening ritual began with a calling of the roll, reminiscent of the beginning of each Provincial Chapter. The names of each group were called in turn and people stood and responded – ‘Yes- we are here’. This ritual was repeated again at the end of the gathering – this time with each person attaching a red ribbon to the heart to signify their commitment to be God’s Heart on Earth in their own place. 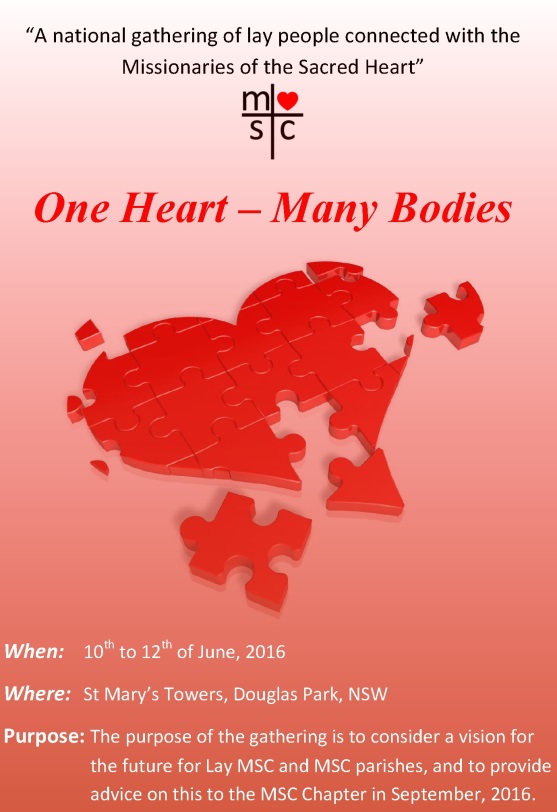 We worked in small groups drawn from a range of ministries. The facilitation process began with the question: Who are we? We drew on the Emmaus story as we reflected on what we heard, in pairs, focusing on ‘Where did my heart burn?’ and ‘When were my eyes opened?’. This led to a reflection on the question: Who are we called to be? Three themes emerged from this session that can be summarized as a mission focus, a naming of the qualities that are central to who we are and the deep and unshakable knowledge that we live refreshed and sustained by God’s love. The conversation moved from here to the creation of a symbolic representation of what we could look like in the future. This session was underpinned by an input from Phil Fitzgerald which provided a wonderful framework from which to go deeper. Steve Dives brought the day to closure celebrating a beautiful Eucharist that had been prepared by the young adults who were present. 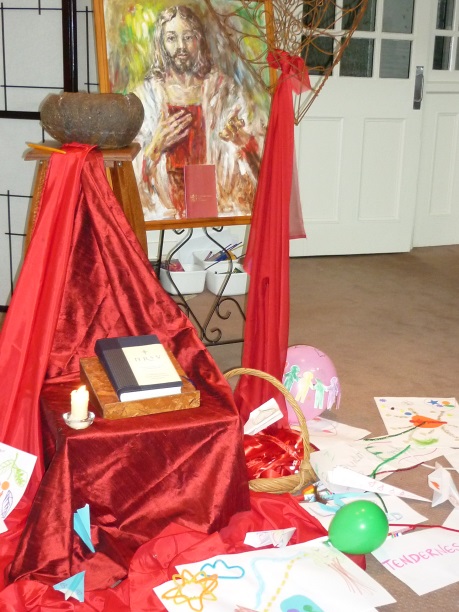 Sunday morning was the time when each group prepared their question or statement for the Chapter. It was formulated firstly as an affirmation to the MSC and then a comment. Group by group expressed their profound gratitude to every member of the province for leading us, for sharing their spirit and for being for us God’s Heart on Earth. There was not a dry eye in the room. From the diversity of opinion and experience present at the beginning of the gathering came statement after statement expressing our desire, our willingness and our earnest hope to be able to walk with and beside professed MSC into a new future and our hope that we will be heard.

The evaluations of the gathering were very affirming. People were grateful to be able to meet each other and to experience the diversity of our MSC family, and many expressed a sense of belonging and inclusiveness that they found uplifting and nourishing. Many expressed the desire for another such gathering.

Thank you to the Province for enabling this gathering to happen. You will see footage of it at your Chapter and we hope the future will unfold in a way that enables us to fully participate in Jules’ vision of a tree with three branches. Thank you to Fred Stubenrauch and the steering committee for their meticulous and persistent organization, without which the event would never have happened. 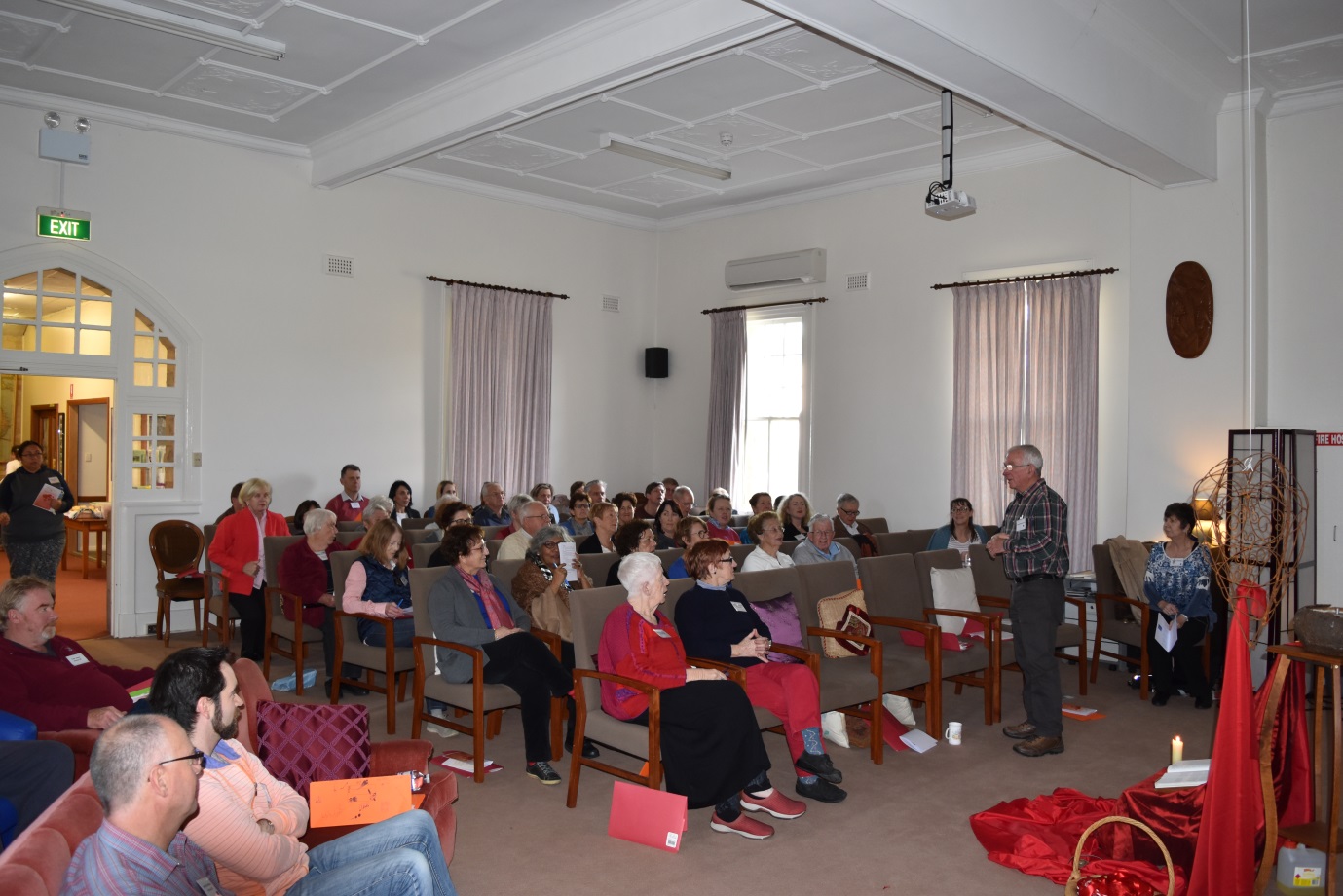