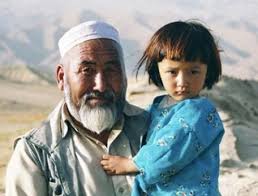 The Edmund Rice Centre today strongly condemned the targeted violence and killings of the Hazara people currently occurring now, and the lack of coverage of these atrocities.

“We condemn in the strongest possible terms the killings of Hazaras in Jaghori, Malistan and Khas Uruzgan. In recent days we have seen Afghan Special forces slaughtered by the Taliban and a massive increase in murders of innocent Hazara civilians”, ERC Director Phil Glendenning said

“This violence is taking place in areas previously held to be safer than other parts of the country for the minority group, particularly Jaghori in Ghazni Province.

“These districts, bordered by the Taliban controlled areas in southern Afghanistan, are areas where the Australian Government has returned rejected asylum seekers to. This must stop”.

Despite demonstrations from Hazaras in Kabul, the Afghan Government has shown itself to be unable or unwilling to protect their Hazara citizens in these regions.

“This violence and these crimes against humanity are largely going unreported.

“Clearly, Australia must not deport Hazara people back to Afghanistan where they would face certain persecution, violence and in too many cases death, Mr Glendenning said.

“These killings must not be met with international silence. Yet as we reflect in the wake of Remembrance Day 2018, that seems to be the case”.