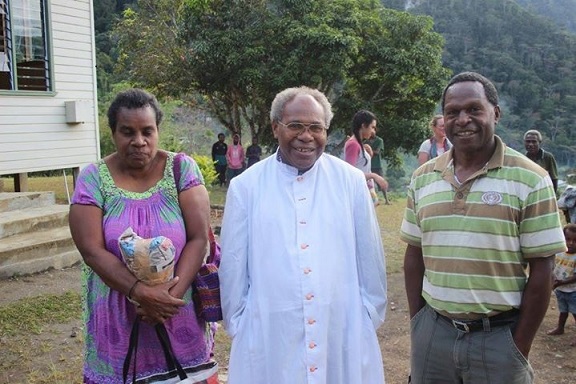 STATEMENT ON THE STATE OF THE NATIONAL ELECTIONS:

This invisible contract is commonly referred to as “Social Contract” in which the ostensible contractual essence is the meeting of two minds (Consensus ad idem) where the willing people give their power to the State in exchange for the Common good from the State in the form of the Delivery of goods and service and Protection of lives and properties. This Social Contract between the Nation of Papua New Guinea and the Independent State of Papua New Guinea is often renewed every five years when citizens exercise their constitutional rights by going to the polls to choose from amongst themselves 111 people of their individual choice, to represent them and their common good. This individual preference is done through an election process.

From what we have witnessed through the Media reports and eventful first-hand experiences over the last few days as the Nation of Papua New Guinea went to the polls, there has been an utterly disrespectful display of contempt against our humane citizenship. It is very embarrassing to the international community and a national disgraceful to us as a descent people, and a nation, more so, as an independent State, especially as a member State of the Commonwealth of Nations to which “Rule of Law” is the authoritative norm that sets the foundation of Democracy, and yet, to be experiencing such undisciplined and highly questionable circumstances that draw negative impressions that are generating conflicting reports as well as confusion and frustration amongst the general population as a whole.

While those amongst us entrusted the constitutional task to assist in the delivering of a free, fair and safe election are trying their very best to make it happen the way it is intended to be, yet at the same time truly frustrating to note that nearly in all districts and provinces at the 11th hour all polling booths have encountered overwhelming discrepancies in the following terms:

There was good budget commitments with so much money was spent by the Independent State of Papua New Guinea on a number of common roll updating exercises, and valuable resources such as time was exhausted to implement the exercise by the Local-Level and Provincial Governments to assist the Electoral Commission compile what was deemed the most updated and anticipated accurate Common Roll. This however, has obviously not been done and as a result the Electoral Commissioner has directed the use of the preliminary 2012 common roll which has been superseded by the current one but has proven unreliable. What happens now to those who are deceased in the meantime? How about those who had since entered their eligible age for voting at 18?

Those who are responsible must be dealt with according to law as it is their duty to ensure this election is fair by properly updating the common roll to give the opportunity to everyone to exercise their constitutional right by casting their votes. Turning citizens away at the polling booths because they have no name on the common roll is in itself an act of the abortion of natural course of justice and those responsible must be dealt with accordingly.

Tasked with such constitutional duty and having prior acknowledgement and official ownership that there was shortage or scarcity of funds and related resources that will badly affect the successful delivery of a free fair and safe election one would have expected there be a realistic and manageable “PLAN B” to properly executed and accommodate any unforeseeable discrepancies to ensure that the election is carried out, with minimum disruptions, according to plan and on budget.

One may ask a simple yet fundamental question whether such decision and action of printing ballot papers externally is NOT in itself an act of trading off our dear national pride. Even a mere physical appearance and presence of an only one counterfeit ballot paper is already overwhelming proof of incompetence and mal-conduct. Furthermore a ballot box filled with counterfeit ballot papers is simply a disaster, ridiculous, and saddening, and must be condemned in every strongest sense of the word.

All these had now brought to public discussion and debate the constitutional impartiality which in most cases has triggered public scrutiny and criticism that the election process may have been rigged and the rule of law trampled on and justice is compromised and the web of Democracy has been hosed down.

Hence, the Electoral Commission is essentially an Office established by the Constitution for the purpose of ensuring that any election every five years must always be fair, free and safe. This justifies the existence of this office and necessary budget commitment. It takes an interval of five years to properly prepare and deliver a successful free, fair and safe election.

The ultimate test on the capability and competence of this office is put to public scrutiny only during an election process every five years or in any by-election. The electoral Commission is the only Constitutional Office that has five years’ term to prepare then deliver in the election.

Therefore, to deliver an election in such a disturbing manner as we’re now experiencing so far is nothing more than an omission and absence of a statutory duty of care to the citizens, and the arrogant and careless way of doing it is nothing less than disregarding the national interest of Papua New Guinea and treating the citizens with disrespect and contempt.

These are substantial grounds to render this election unconstitutional and we joined all concerned citizens as well as many other responsible and concerned leaders with the general public express our utter frustration and disbelieve that such irregularities, discrepancies, inconsistencies and confusions are allowed to enter and ruin this democratic and constitutional process of the National General Election 2017. The office of the Electoral Commission and office holder had thus far demonstrated the inability to properly manage the delivery of a much anticipated successful Free, Fair and Safe election to the Nation of Papua New Guinea thus has in itself qualified him to disqualify himself.