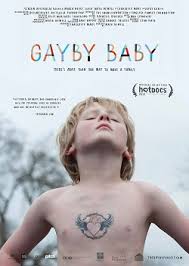 As the title indicates, the focus of the film is on children of same-sex coupled families. The opening credits display many photos of traditional nuclear families, then move to the same-sex parents and their families with underlying quotations critical of same-sex families as well as supportive.

One of the important sayings for understanding others is that we should walk in their shoes for some time. Probably, a great number of potential audiences for this film would be quite unwilling to walk in the shoes of the same-sex parents, feeling uncomfortable, disapproving – or both. But, the aim of the film is to tell stories, invite audiences to identify with the characters and their situations, experience something of the reality of the partnerships as well is the parenting, the normal problems and day-by-day situations and challenges and, especially, the way that the children handle the situation, their understanding, the way they communicate this.

The documentary focuses on four families, three with same-sex mothers, one with same-sex fathers. While the parents are a strong presence, the film says its importance is focusing on the children, their voices, their experiences, the type of family living that they have, the influence of the same-sex parents, the absence of an opposite sex parent.

The film interweaves the four stories.

At the time of the filming, Gus was 11, with two mothers, and younger sister, Rory. Gus is a rather rowdy boy, with a great passion for wrestling, often wrestling in the house with his younger sister, who sometimes encouraged him, but got the worse of the bouts which led to tears. This is of concern to the main parenting mother, who has some confrontations with her son, who can be particularly wilful, storming off in the middle of a conversation, his mother trying to get him to participate in music classes as well as in debating. Many of the ordinary problems in any household and family come to the surface. While reluctant earlier, the mother takes Gus to the world wrestling exhibition.

Matt is 12 and has an older brother. There are two mothers in the house, one previously married, now divorced, with her sons and her new partner who is supportive and tends to stay more in the background, leaving the parenting to the birth mother. The mother is quite religious, explaining that she was brought up with bible stories, wanting her son to go to church on Sunday (when he wants to play Australian rules), the boy upset that the priest has condemned his mothers as sinful. He is very bright boy, a strong presence. The family was invited to have a meal with Julia Gillard, her opposition to same-sex marriage being clearly stated. They watch the program on television – and there is a scene where Matt faces the media, saying what he felt and explaining his words to the Prime Minister, a plea for partnerships where people love each other. Ultimately, his mothers do go to the football to support him, Matt not particularly wanting to go to church but explaining that his mother has not lost her faith.

Graham has two fathers. They have fostered him and now have adopted him, one of them taking the role of the father and the other being supportive. Graham is also 12. They move to Fiji, settling in, with scenes of Graham going to school, in class, the local children, the teacher, and his having to write an essay about himself to be read to the class. There are scenes at home with his writing his essay with the help of his father. The issue comes up about whether to let people know about the same-sex family, the father indicating that there is a time and place for revealing things and for not revealing things, Graham speculating on good lies which have a good outcome.

The girl in the film is called Ebony-Rose, from the outer western suburbs of Sydney, again with two mothers. They make a visual impact, with many facial rings and piercings and elaborate tattoos. Ebony wants to be a singer, is interested in going to a high school of the arts in Newtown in inner Sydney, prepares a song, goes for an audition, but does not get in, later, rather ruefully, saying that she had given up her ambitions to be a singer. Ebony gets a new uniform and accepts the fact that she is going to the local high school.The mothers are concerned with the problems of daily life but, especially for a son who is severely epileptic, needs medication, needs constant watching.

By way of climax, there are newsreel footage scenes of the Gay and Lesbian Mardi Gras in Sydney, 2014, the flamboyance of the participants, the floats, the marching in the Sydney streets, but with a number of parents and the participation of the children.

In view of the social and political debates of 2014-2015, the film is a timely contribution to perspectives and to discussion.