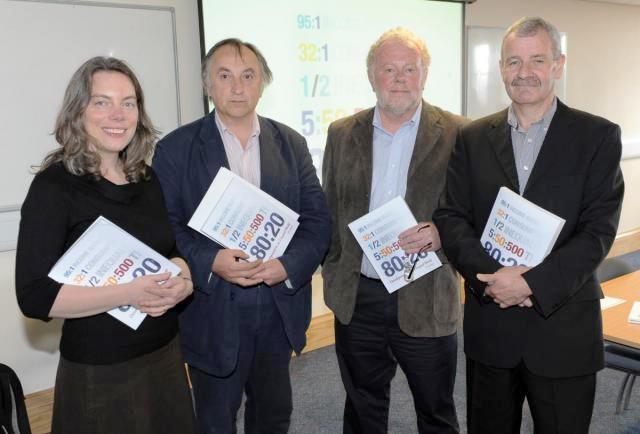 Dr Colm Regan is Coordinator of 80:20 Educating and Acting for a Better World in Dublin, and lecturer in human rights at the University of Malta. He is in Australia as a guest of the Edmund Rice Centre and visited Hong Kong last week.

It is genuinely humbling to walk from the ferry terminal towards Admiralty to the epicentre of the Umbrella Movement's occupation site in Hong Kong. Amidst the upmarket hotels, limousines, banks and giant billboards glorifying global overconsumption are literally thousands and thousands of posters, post-its and slogans demanding, in stark contrast, democracy, equality, care and tolerance.

As you walk along the normally frenetic overpasses (now 'occupied' and therefore closed to traffic), there are storyboard posters apologising for the 'inconvenience' to others caused by this particular struggle for democracy. There are elaborately constructed barriers carefully structured to prevent easy dismantling. You then begin to encounter students reading or working on laptops at 'study centres' built across the motorway divide (with signs requesting you to 'protect the students, do not photograph faces') and hundreds of sleeping bodies recovering from confrontations with police the previous night.

There are numerous 'first aid stations' – 'we have masks, cleansing liquid (for tear gas), bandages, water, food etc. – 'take what you need, do not waste'; small clusters of discussion groups; piles of water bottles; tents plus sleeping bags and mats. And then you notice how spotlessly clean the area is - none of the mess and debris normally associated with 'youth events' or political confrontations (these protesters clean up regularly and even sort the recyclables!). Above all, there is a slightly eerie calm not normally associated with a site of confrontation between an immensely powerful state and a youth lead popular movement. As befits an 'Umbrella Uprising' (the movement's own term), there are umbrellas everywhere (epitomised by the Umbrella Man, an artpiece created by 'Milk') decorated with messages, values and slogans.

And then you see the thousands and literally thousands of 'post its' covering the 'Lennon' (as in John) wall and steps expressing messages of solidarity and support from all over the world including, most importantly, from mainland China (a worry for Beijing). Above the wall, banners declaring 'My parents are crying for me, I am crying for the future' and 'You may say I'm a dreamer, but I'm not the only one'. The pedestrian walkway overhead the motorway is mostly reserved for designated press areas (this uprising is immensely media savvy) – cameras, satellite dishes, mixers and generators.
Welcome to a distinctively twenty-first century protest movement with its feet and approach firmly in the 'now' but with roots and inspiration in previous times and places. While this is a uniquely 'Chinese' uprising, many of its implications and lessons are truly global. The making of this uprising, the detail and meticulousness of its planning and the style of its delivery offer much to others. But, its true significance and legacy may well be its over-arching 'youthfulness' – the uprising is inspired and led by very young Chinese 'activists' of a new generation. In this, it is hugely inspiring and hopeful and it offers a stunning rebuke to universal cynics on the role of young people. For those at the epicentre of the uprising, it bears all the hallmarks of a transformative process and whatever the immediate outcome (for 'storm clouds' are now gathering almost three weeks in – implied threats from Beijing, opposition from self-interested business and media elites in Hong Kong and divisions within the population at large), the longer-term impact is likely to be immense.

The Umbrella Movement in Hong Kong did not emerge overnight; it has been brewing for many years, certainly since British colonialism formally withdrew in July 1997. The Uprising has been nurtured in the universities, colleges and school; influenced and informed by workshops, seminars, lectures, teachers and student leaders and given the 'space' and opportunity to emerge by the unique position of Hong Kong within China (officially 'one country, two systems'). As such the uprising is intensely Chinese and yet distinctively international and herein lies one of its great strengths and, simultaneously one of its potential weaknesses. Beijing is acutely aware that the world is watching (the realtime use of mobile phones and laptops by the protestors has ensured this) and a repeat of the Tiananmen Square response is not on the cards.

The protest movement is now firmly led by activist group 'Scholarism' (an alliance against 'moral and national' education) founded in 2011 by a group of secondary students who have remained active since ('mainland' Chinese now living in Hong Kong have commented on the high level of political awareness and debate there amongst students generally). The current occupy actions have been sparked by Scholarism's insistence that civic nomination rather than party nomination mark the 2017 election of a Chief Executive. As of now, it is unclear what the outcome will be for the protest movement in a cat and mouse series of manoeuvres with the police, Beijing and the local administration but storm clouds are gathering. There is ominous talk of 'foreign influence', 'threats to order and public safety', 'disruption' and the threat that 'violence' might emerge. Local opposition is growing, especially from business interests who argue that the 'business' of Hong Kong must not be interrupted. And the appearance of support actions in mainland China (very limited) will not go unheeded as the police begin to systematically move against the protesters.

Whatever the outcome, a number of significant dimensions of this occupy action are worth highlighting. Events in Hong Kong have once again demonstrated the growing importance of social media and the power and immediacy of communication. The occupy actions have illustrated the immense preparedness of the movement and the fact that this is not a single event agenda; all does not hang on what happens in Admiralty (or elsewhere where support actions have emerged – these have highlighted the capacity of the agenda to spread organically). The protest will live on to fight another day. The movement has also been active in ensuring a very high degree of public education around its objectives, motivation and respect for peaceful means. Protesters have been remarkably polite, 'protective' of the environment which they occupy (it is spotless) and of each other. Their activists manual urges avoiding physical confrontation wherever possible (and is evident in the 'face offs' with the police); it also urges protesters to avoid developing
'hatred in your heart'.

What is most striking about these events is the youthfulness of the protesters, their audacity and their courage, their calmness and discipline, their firm determination and their solidarity towards each other. Above all, the events are characterised by a 'raging naivety and optimism' – a fierce belief that change is not only possible, it is urgently needed. Ultimately, that optimism represents real hope coupled with political leadership in a world where the dominant politics have come to signify cynicism and fundamental dishonesty.

And, the agenda has once again reminded us of the power and importance of youth in generating change, especially in 'dark corners' of the world. This is confirmed by Emily Lau, a local legislator who argues that 'It's very invigorating to have such a spontaneous, peaceful movement full of young people... Once people have been shown their power they will know how to use it again and again'. 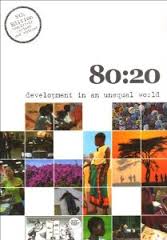