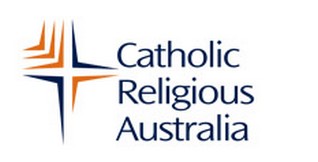 The CRA Justice committee has organised a time of National Lament during Lent to raise consciousness of the Asylum Seeker Issue facing us and many other countries in the world.

Following is the basic outline you may wish to use in your parishes, schools, communities:

"We are a society that has forgotten how to weep." Pope Francis

We acknowledge the traditional custodians of country throughout Australia.

As you take your next step remember the first people who walked this land.

"The other" is no longer a brother or sister to be loved, but someone who disturbs my life and my comfort....

In this globalised world, we have fallen into globalised indifference. We have become used to the suffering of others: it doesn't affect me; it doesn't concern me; it's none of my business!

We beg forgiveness for our indifference to so many of our brothers and sisters. God, we ask your pardon for those who are complacent and closed amid comforts which have deadened their hearts;

We beg your forgiveness for those who by their decisions on the global level have created situations that lead to these tragedies.

Jesus said, "An evil spirit of this kind is only driven out by prayer and fasting" Mark 9:29

OUR RESPONSE
• Make Friday a day of prayer and penance
• Write to your local member and to the minister, Scott Morrison, expressing your lament for people seeking asylum in Australia.

HOW BIG IS THE PROBLEM OF ASYLUM SEEKERS?