SOME SIGNFICANT OCTOBER DAYS FOR THE CHEVALIER FAMILY, 2019 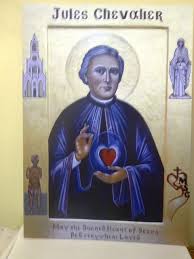 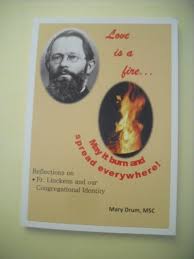 1 October, 1905
The MSC Generalate transfers from Belgium to Rome, Piazza Navona, the site of the first MSC house in Rome. No longer the Generalate, but the Church and Shrine of Our Lady of the Sacred Heart, Piazza Navona, continues to draw pilgrims from all over the world and continues to be served by the MSC today.

2 October, 1901
The MSC Generalate, expelled from France, is established at Remy-lez-Chimay in Belgium.

3 Octobre, 1918
Death of Father Emile Maugenest, O.P., co-founder of the MSC Society. Maugenest had been compelled to leave Issoudun and the MSC's in 1857 in obedience to the Cardinal Dupont, Archbishop of Bourges who appointed him as Archpriest of Bourges Cathedral. He later entered the Dominicans, but remained on good terms with the MSC and was at Father Chevalier's side in 1904 for the celebration of the 50th anniversary of the MSC Society.

4 October, 1904
The old Third Order becomes "The Society of Souls Consecrated to the Cult of the Sacred Heart of Jesus", a title suggested by Rome. Chevalier had envisioned this branch, not so much as a work of the MSC's, but as an extension of it into the laity. However, this original vision was lost when the MSC General Chapters of 1905 and 1907 rewrote the 1877 Constitutions. The re-written text gave the impression that the MSC Society consisted solely of religious priests and brothers. 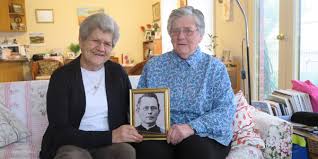 Father Hubert Linckens, MSC, first Provincial Superior of Germany (1897-1910) and historical founder of the MSC Sisters, dies in Hiltrup, Germany. Linckens guided the MSC Sisters until 1911 at which time he became the first General Assistant of the MSC in Rome, and in this capacity lived in Australia from 1914-1920. Because World War I, he couldn't return to Italy and therefore stayed in Australia, during which time he helped in the up-building and promotion of the Australian MSC Province.

9 October, 1907
Fr. Chevalier receives the Anointing of the Sick, administered by Fr. Hériault in the presence of his confreres, some FDNSC Sisters and M. Bernard de Bonneval, in whose home he was living after having been expulsed from his presbytery in January of the same year.

10 October, 1867
Inauguration of the Apostolic School at Chezal-Benoît.

11 October, 1953
For the first time since the death of Fr. Founder, an MSC parish priest is installed in the parish of Saint Cyr, Issoudun. The parish priest of Saint Cyr continued to be an MSC until 2010 when it was again handed over to the diocese. However, today there remains an MSC presence with Vicars Fathers Joseph Desbois (Fr) and Lazare Elenge (DRC).

14 October, 1853
Father Jules Chevalier is transferred as curate from Châtillon-sur- Indre to his third parish, Aubigny-sur-Nère. The following year, on 21 October, 1854, he would go to Issoudun and remain there until his death, exactly 53 years later to the day.

15 October, 1906
Because of the expulsions, Father Chevalier authorizes the transfer of the FDNSC Generalate and novitiate to Thuin, Belgium.

17 October, 1872
Consecration of France to Our Lady of the Sacred Heart.

17 October, 1884
Departure of the first five FDNSC from Issoudun to the mission of Melanesia.

27 October, 1913
Monsignor Couppé founds the Congregation of the Daughters of Mary Immaculate (the FMI Sisters) the first local Congregation of Sisters founded in PNG.
Their formation is entrusted to the FDNSC Sisters.