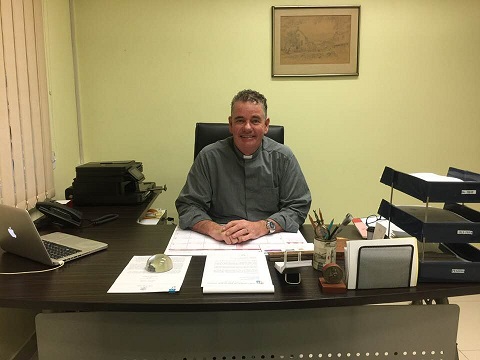 One month here now as Administrator of St Mary’s Cathedral. Following in the footsteps of great MSC. But I think I’m the first MSC to be appointed back here in about thirty years or more.

[This means that Ben is not only Vicar General and Secretary to Cardinal John Ribat MSC, Archbishop of Port Moresby (accompanying him as well on his visits in PNG and beyond).] 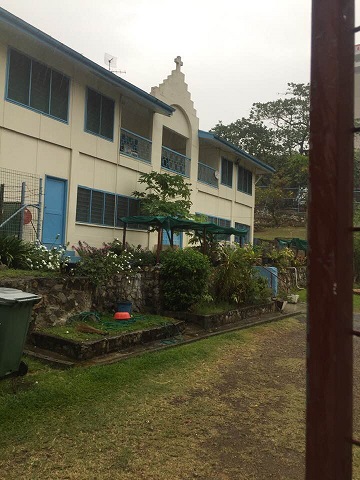 The sketch behind me in my office was done in 1959. It shows the old cathedral and OLSH school on the right which no longer exists. At the back was Sisters convent. My house now! 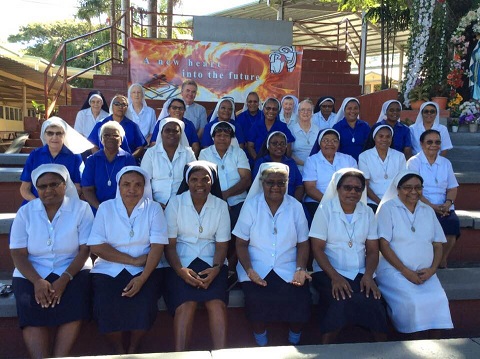 Earlier this year, part of Ben’s work was with the OLSH PNG Chapter.

Ben with Cardinal Ribat – in one of those old familiar places! 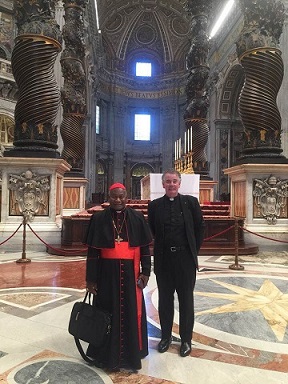