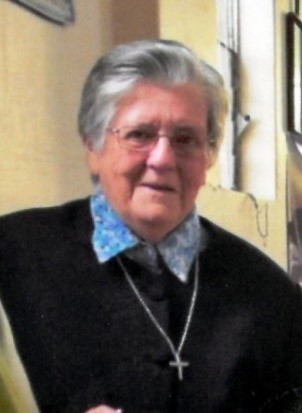 “From Him we come, in Him we are enfolded, to Him we return.”
(Julian of Norwich)

Jacq was baptized in the local Sacred Heart Church and began her schooling in the Sacred Heart Parish School in the country town called Booval where she grew up.  She was the fourth of five children, one of whom died in infancy. Later her family moved to Brisbane where Jacq completed her education and worked for a time as an assistant librarian.  A significant influence in Jacquelyn deciding to enter our Congregation was her participation in a retreat preached about the life of St. Peter Chanel, the first martyr of Oceania, canonised in June 1954. 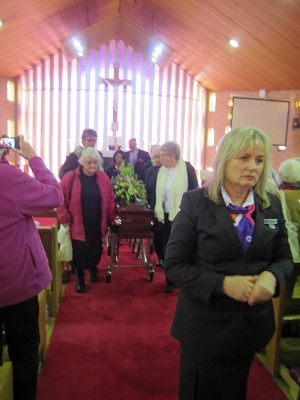 Jacq entered at Mary’s Mount, Balwyn in October 1954 and after her first profession her multiple gifts and talents were developed and drawn upon in a variety of ways.  Firstly she trained in institutional cooking and worked in several of our communities, including Sacred Heart hospital.  After this Jacq did some studies in book-keeping and was then was asked to move into teaching. On receiving her teaching certification she was appointed to New Ireland, PNG to teach in Our Lady of Sacred Heart School, Kavieng. However, unfortunately due to health reasons she had to return to Australia after some months.  On her recovery Jacq continued her teaching ministry in Australia for twelve years, but later in her life was able to return to PNG to spend a year at Mongop, in New Ireland as a relieving teacher. 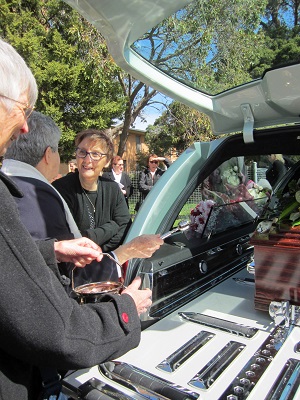 Jacq engaged in a ministry of service to many of our sisters internationally, but she also reached out in love and assistance to many of the migrant peoples here in Australia.  Jacq had a sense of humour and a genuine interest in and concern for the welfare of people from all walks of life.  She was further aided in her reaching out through her linguistic abilities – able to manage to communicate, read and translate in German, Spanish and Italian with some greetings in other cultures.

In these last years as her body became frailer through illness, Jacq accepted gratefully the help of friends and carers, preparing in her own way for death.  Inspired by the words of Julian of Norwich, she grew in trust that truly through, and in death we are embraced in the love of God.

On Monday 9th September at 10.30 am we gathered at St. Bernadette’s Church, Ivanhoe for Requiem Mass and then accompany Sr. Jacquelyn to the Eltham Cemetery. 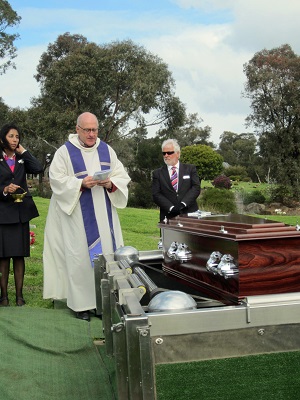 United with you, in gratitude for the gift of Sr. Jacquelyn’s life with us,

“Give us generous and courageous hearts to lift the burdens of others
whenever and wherever we can.”
(extract from a prayer of Fr. Linckens for his Sisters used by Sr. Jacquelyn)

Thanks to Carmel Butler MSC for the photos.