We, Missionaries of the Sacred Heart – Philippine Province, meeting in a Provincial Conference, are convinced of Pope Francis’ advice to view reality from the “periphery” and not from the center in the light of the Gospel (EG, 51). We are inspired by our Founder, Jules Chevalier, when he said: “From the love of his heart comes the infinite mercy that Jesus shows towards sinners and that tender compassion for those who suffer” (Chevalier, Le Sacre-Coeur, 214). We are heartened by this call of Jesus: “Come to me, all you who labor and are heavily burdened and I will refresh you. Take my yoke upon you and learn from me for I am meek and humble of heart; and you will find rest for your souls. For my yoke is easy and my burden light (Matt 11:28-30)”.  And thus, we are deeply moved by the following reality as one Sign of the Times: 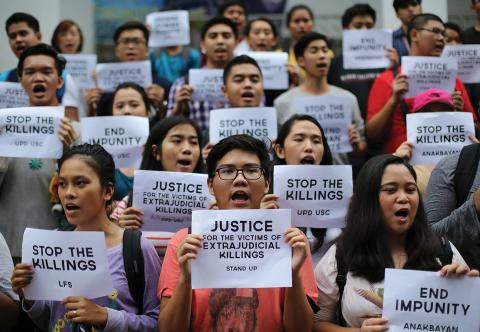 We MSC declare that we take the side of the poor seriously. The Signs of the Times we cite above plea for Compassion and Conversion and Conversation for Change and Transformation.

As we plea for Compassion and Conversion, we also ask that we engage one another in a fruitful and honest Conversation on what is best for our people and our common home even in the midst of war.  For God’s love and justice which we share are more powerful than the greed and self-interest that divide us.