Missionary Sister recognised for decades of service in Kiribati 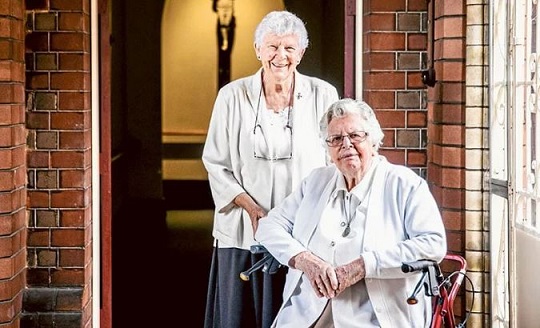 After a remarkable 65 years as a missionary in one of the world’s poorest island nations, Sr Margaret Sullivan of the Daughters of Our Lady of the Sacred Heart, said she’d do it all again if she had her time over, The Catholic Weekly reports.

Celebrating her 90th birthday this week, her only regret is having to return to Australia recently due to ill health, given she wished to spend the rest of her life in the tiny Pacific region she called home for so long.

Unable to speak or walk due to the devastating muscle-wasting Motor Neurone Disease, Sr Margaret made the gruelling trek back to Kiribati (pronounced Kir-ee-bas) in February, with the assistance of her sister Denice, a Dominican nun, to be recognised for her many years’ service.

In the early days and with temperatures reaching 45 degrees, the sisters would go about their daily lives in full habit, despite there being no power, fresh water and primitive living conditions.

Primarily establishing schools, more recently the sisters have been involved in nursing duties along with dealing with the ills of alcoholism and setting up refuges for those facing domestic violence. 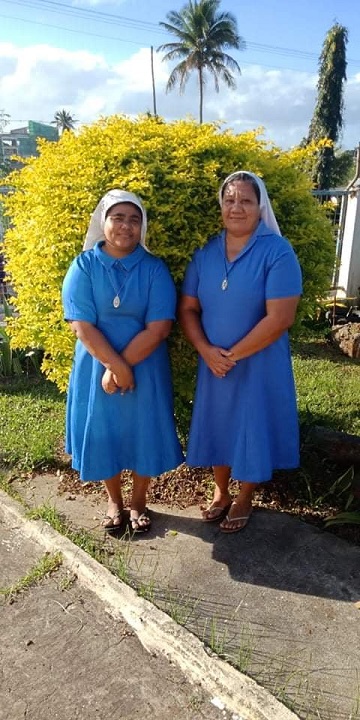 For Sr Margaret, arriving by boat in 1954 after 19 gruelling days at sea, she wasn’t sure what to expect but found great comfort knowing she would be doing the work that initially attracted her to The Daughters of Our Lady of the Sacred Heart order.

“The islands were just small dots on a map but I was 25 and not afraid because I became a nun to go to the Missions,” she said.

“The first night I arrived I remember seeing an elderly sister with her bonnet open at her chin because it was so hot.

“In the early days the hardest part was the isolation. We only received mail every three months so going long stretches of time without hearing from my family was difficult, but the need on the Island was much greater.

“I just fell in love with the happiness of the people.”

Sr Margaret was initially in charge of teacher education at a small college before becoming a lecturer at the government teacher’s college and then the Director of the Catholic Education Office.

Today, she is most proud of the growth of local OLSH vocations, with 86 local sisters working at home in Kiribati and five overseas countries and that 54 per cent of the country is Catholic.

Provincial Leader Sr Tess Ward said while it was sad it was an end of an era, it was also uplifting knowing they had laid the groundwork for the Kiribati sisters to carry on the work themselves. 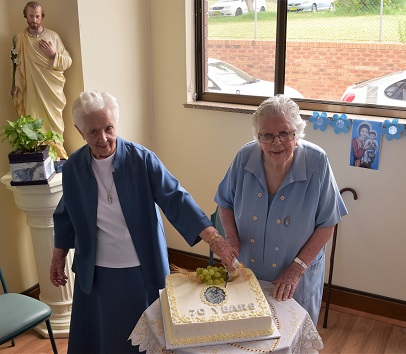 “We have served in the region for over 120 years, setting up schools, clinics for lepers, carrying out parish work, nursing as well as setting up crisis centres for women facing violence due to alcoholism,” she said.

“Sr Margaret was one of the hundreds of Australian, French and Irish nuns who have made incredible sacrifices to serve in the region.

“Since 1895, our order has provided support in often unimaginable conditions including oppressive heat, with no power, clean water and food in some of the poorest countries in the world and knowing we have planted the faith in order for the work to be carried out themselves is very rewarding.” 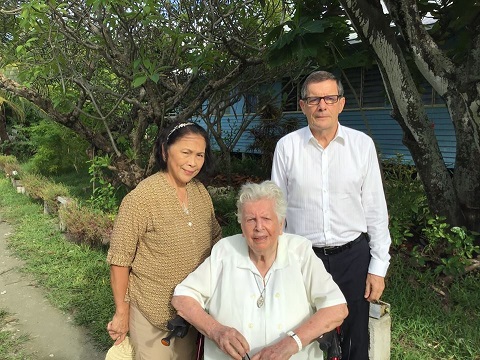 From the OLSH Facebook page. This story, written by Debbie Cramsie, was first published in The Catholic Weekly.