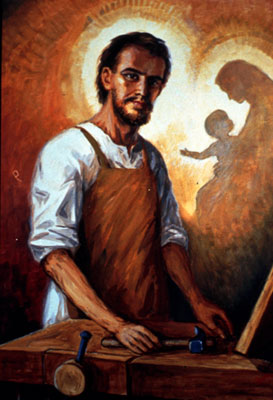 Was Joseph a ‘carpenter’?  Did you know: Joseph's description as a "tekton" (τέκτων) has been traditionally translated into English as "carpenter", but is a rather general word (from the same root that gives us "technical" and "technology") that could cover makers of objects in various materials. The Greek term evokes an artisan with wood in general, or an artisan in iron or stone. But the specific association with woodworking is a constant in Early Christian tradition; Justin Martyr (died c. 165) wrote that Jesus made yokes and ploughs, and there are similar early references.

Other scholars have argued that tekton could equally mean a highly skilled craftsman in wood or the more prestigious metal, perhaps running a workshop with several employees, and noted sources recording the shortage of skilled artisans at the time. Geza Vermes has stated that the terms 'carpenter' and 'son of a carpenter' are used in the Jewish Talmud to signify a very learned man, and he suggests that a description of Joseph as 'naggar' (a carpenter) could indicate that he was considered wise and highly literate in the Torah. 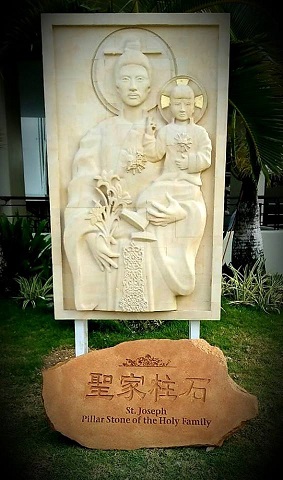 To capture the devotion to Saint Joseph within the Catholic liturgy, in 1870, Pope Pius IX declared Saint Joseph the patron of the universal Church. In 1955, Pope Pius XII added the feast of Saint Joseph the Worker. This silent saint, who was given the noble task of caring and watching over the Virgin Mary and Jesus, now cares for and watches over the Church and models for all the dignity of human work. 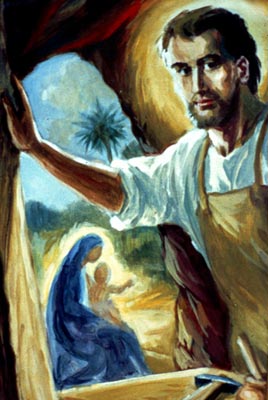