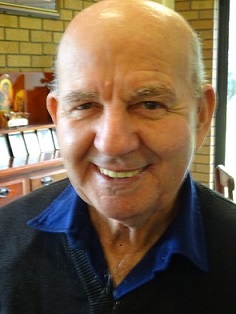 John was what was called in those years ‘a late vocation’. He entered the novitiate at age 24.

He made his first profession on February 26th 1960. He was ordained on July 16th 1966 after studies in Canberra and Croydon.

He has spent most of his ministry of over fifty years in parishes, especially in Randwick and in Kensington. He also spent some time in Darwin.  In recent years, he has been resident at the Sacred Heart Monastery, Kensington.