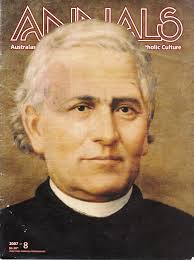 An article by the editor of Annals Australasia, Paul Stenhouse MSC, from Annals, remembering the history from 1889 to the present.

‘Wonder is dead, you say!/Wonder can never die.

Not while within a shining pool/a man can see the sky’.

In 1989, her centenary year, Annals, The Bulletin and The Messenger of the Sacred Heart were among the few publications founded in the 1880s known to have survived. The Messenger and The Bulletin have since ceased publication in 1990 and 2008 respectively, joining all but a few of their myriad contemporaries that have returned to the pulp, lead, ink and dust out of which they were produced. 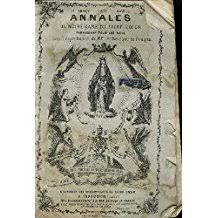 The first editor of The Annals of Our Lady of the Sacred Heart was Mary Agnes Finn, a member of an old-established Randwick Catholic family. She was assisted by Father Emil Merg, the nominal editor, an MSC priest from what was then Alsace-Lorraine. His English was poor. Her role as editor was never publicised, and apart from the regular pieces carrying her by-line she worked in relative obscurity. Yet her role was crucial.

On numerous occasions over the past 130 years, there have been those who thought that Annals had had her day. This was the case in 1966 when I became editor. TV and radio were allegedly dealing deathblows to the print media and even the mighty Cinema was closing down in suburb after suburb, and printing and postage costs were on the increase.

In 1967, the ‘old lady’, by then 78 years old, looking none the worse for wear (although a little piqued by reports that some readers to the north of Australia enjoyed Annals because the paper was excellent for rolling cigarettes!) shook her skirts and strode into the 1970s.

The first issue of Annals for 1968 carried a new name: Annals ‘68. The former name ‘Annals of Our Lady of the Sacred Heart’ had not been dropped from any lack of regard for Our Lady whose magazine it remained but from a sensitivity to the kind of language that young people were using in those days. The circulation climbed steadily from 25,000 in 1966 to over 58,000 in 1972. 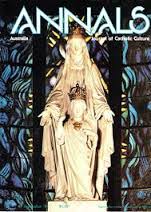 1981 was another pivotal moment. Annals was still useful and appreciated, but no longer, we were told, indispensable, and voices were again raised suggesting that the now 92-year-old lady should be pensioned off. Circulation had dropped dramatically and a rethinking of the role (if any) that a Catholic magazine could play in Australia the 80s seemed called for. With what I believe to have been correct insight, Annals appeared for the first time in November-December 1981 as Annals Australasia: A Journal of Catholic Culture, affirming with St Pacianus of Barcelona, who died in 391 AD: Christianus mihi npmen est, Catholicus vero cognomen’, ‘Christian is my first name but my surname is Catholic’.

Past, present and future forms of Catholicism are inextricably bound together. Not to know and appreciate one’s Catholic past is to distort the present and vitiate the future for those who come after us. 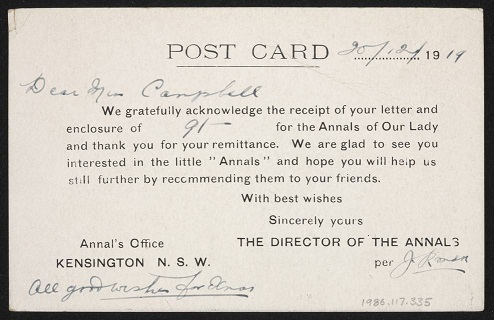 40 years on, was Annals has survived at least two savage global financial downturns, and her take on the Catholic dimension of the news continues to be appreciated and respected by thousands of Australians – Catholic and non-Catholic.

As on previous occasions when change in increasing costs are in the wind, Job’s comforters are out in force. But if I am not wrong in thinking that this much loved 130-year-old grand lady of Catholic media still has ‘a puff or two in the bellows’, and if it’s true, as many today think, that immersion in the digital world will soon be a requirement for living and surviving in society, then by way of testing the electronic water, Annals – in her 130th year – may appear sometime this year in a digital as well as a print version. Readers will be kept in the loop. 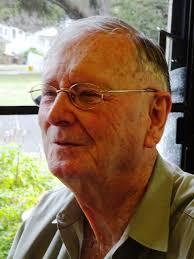 The print versions costs nevertheless remain a problem. I thank our generous and ever faithful subscribers and readers for their unfailing support, and encourage them to continue doing what they can to introduce Annals to new subscribers to find generous donors for us who can help us meeting increasing costs. The heartfelt gratitude of all Missionaries of the Sacred Heart of Jesus goes out to the countless thousands of readers who over 130 years have encouraged and supported Annals.

Making Dame Mary Gilmore’s words my own, it is as a shining pool reflecting the wonders of God and his creation that Annals has always seen herself,. Age can only enhance the sharpness of the images that she reflects. ’