SOME SIGNIFICANT APRIL DAYS FOR THE CHEVALIER FAMILY, 2019

If you have visited Rome, have you been to Piazza Navona, not just as a tourist but to visit the first MSC Church there, Our Lady of the Sacred Heart, and the headquarters of the Italian Province? The other entrance is in the parallel Corso de Rinascimento. 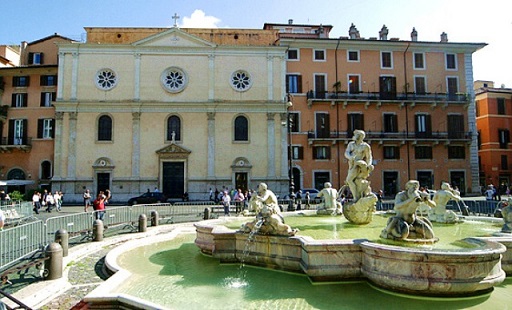 First meeting of the "Oeuvre des Campagnes" ("Work of the Countryside") arranged by Father Vandel, held in the house of Madam de la Rochejaquelin. This was a social and spiritual outreach to diocesan priests working in isolated areas. This groups continues to the present day, and meets in Issoudun once a year.

Arrival of the first three MSC Sisters from Hiltrup, in Vunapope (PNG), after World War I.

Death of the first Superior General of the MSC Sisters, Sister Servatia Rath, Congregation of the Sisters of Divine Providence. 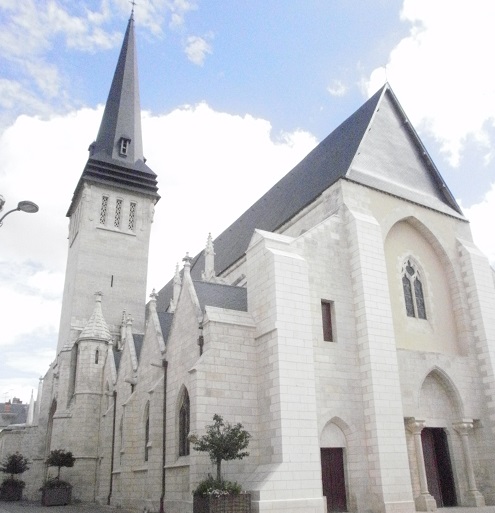 Jules Chevalier is ordained sub-deacon in the seminary chapel in Bourges. "On the very day of his ordination, he showed himself completely renewed, from silent and severe to affable and gentle." (Piperon)

Fathers Chevalier and Vandel planned the foundation of an "apostolic" school, which did officially open in Chezal-Benoît on 10 October the following year, about 17 kilometers from Issoudun.

This was an apostolic school for boys interested in becoming missionaries in the MSC's. In order to meet the cost of this work, an appeal was made to give a penny a year - thus the name the "Petite Oeuvre" (the "Little Work").

The Chapel of Our Lady of the Sacred Heart is opened in Issoudun.

Feast of Saint Jules, (Pope Jules I, who protected Saint Athanasius from the Arians), name day of Father Founder.

Chevalier accepts the two Vicariates of Melanesia and Micronesia offered by the Congregation of the propagation of the Faith.

Father Durin and two scholastics are sent from Issoudun to Watertown, in New York State, USA. They arrive in Watertown on 6 May, 1876.
The previous General of the MSC's, Father Mark McDonald, is from Watertown!

Canonical erection of the first MSC House in Rome, at Piazza Navona.

Father Jean Marie Vandel, founder of the Apostolic Schools, dies in Issoudun. Chevalier said of him: "His life ... is that of a saint."

Sale by auction of the confiscated property of the MSC and FDNSC in Issoudun. Count de Bonneval buys the MSC property for 100,000 francs; ten minutes later Madame de Lapparent buys the house of the Sisters for 40,000. The property is thus saved for both the MSC and FDNSC.