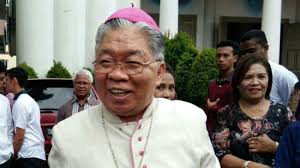 Over the last two weeks we have been moved, have grieved, have felt great solidarity with New Zealand, with the horror of the massacre in Christchurch, the mourning for those who were killed at prayer, for their relatives and friends.

And, the killer was an Australian.

The way that New Zealanders, Muslims, Catholics, non-believers have joined in solidarity, especially with the leadership of Prime Minister, Jacinda Ardern – a fine example for us to appreciate and learn from.

Visitors to this site may not know of Bishop Mandragi MSC, a bishop for several decades –

Google entry: Bishop Petrus Canisius Mandagi, MSC was born in Kamangta, North Sulawesi, on April 27, 1949. He was ordained a priest of the Missionaries of the Sacred Heart of Jesus on December 18, 1975. He was appointed bishop of Amboina on June 10, 1994 and his Episcopal ordination took place on September 18, 1994. Bishop Mandagi’s motto is Nil Nisi Christum (Christ alone, Galatians 2:20).

He has been a pioneer in fostering reconciliation in his diocese in Indonesia – something for us to admire, and imitate. 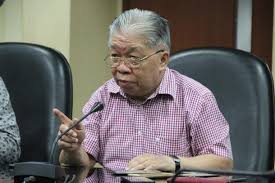 nurtured interfaith dialogue in the conflict-torn

Maluku islands in Indonesia for the last two

decades. It began in January 1999, when a fight

between a Christian transport driver and a Muslim

youth spiralled out of control, triggering a wave of

of churches and mosques were destroyed, thousands

of homes razed, more than 5000 people killed and

half a million others displaced.

On the occasion of Eid al-Fitr (the feast at the

end of Ramadan, the Muslim month of fasting),

Christians were too afraid to visit the homes of their

Eid al-Fitr was a time for Muslims to forgive, put on

his cassock and boldly visited his Muslim neighbours.

His smile overcame their hesitance. His warmth

dissolved the tension. He showed that love could

break through the walls separating them. The

experience was a turning point for the bishop, who

has been active in interfaith dialogue since. 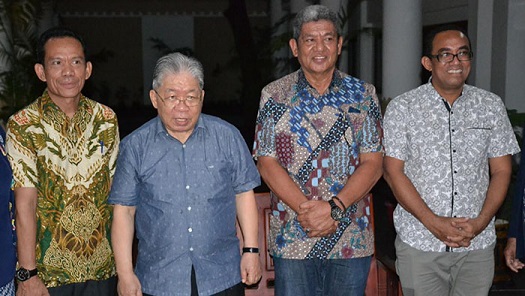 In February 2002, along with religious and civic

leaders and representatives from the two opposing

South Sulawesi province. At the end of two days, the

35 Christian and 35 Muslim delegates signed an

agreement to end the conflict and to work together

to maintain peace in Maluku province. This meeting

was made possible because the then minister for

book in which Bishop Mandagi had written that “conflict

in Ambon could only be settled through dialogue”, 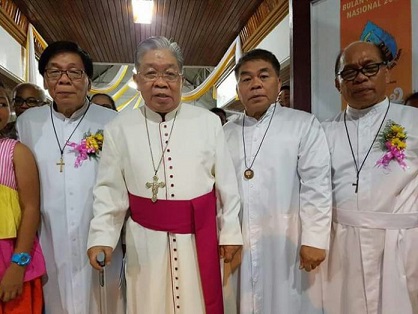 "Harmony is not something we just talk about, it's

something which we have to show," he said. "How?

When neighbours celebrate their religious feasts or hold

religious programs, we need to support them," he said.

Quran Recital Competition in Ambon. He showed the

Festival was held in the town in 2015. Last September, he

attended the 83rd anniversary celebrations of the Maluku

Protestant Church in Maranatha Church, Ambon. It was

the twentieth time he had attended the congregation’s

efforts like this have made him highly respected among

other communities. He was once asked to lead a groundbreaking

ceremony for a new mosque in a nearby village.

With only about six years left before reaching the

retirement age of 75, Bishop Mandagi says he will

“We should not forget that ‘Satan’ still roams and

wants to ruin our brotherhood. But do not be afraid,

there is the Holy Spirit. So bring along the spirit of

Patrick McInerney, left, with Bishop Vincent Long OFM.Conv at the blessing of the centre 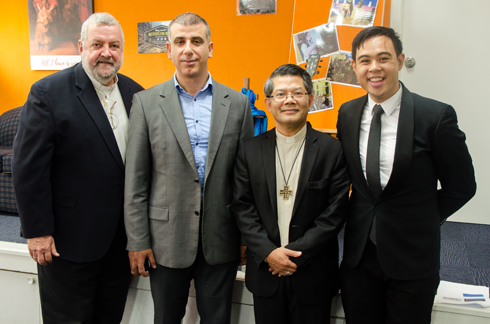 Contact: This email address is being protected from spambots. You need JavaScript enabled to view it. 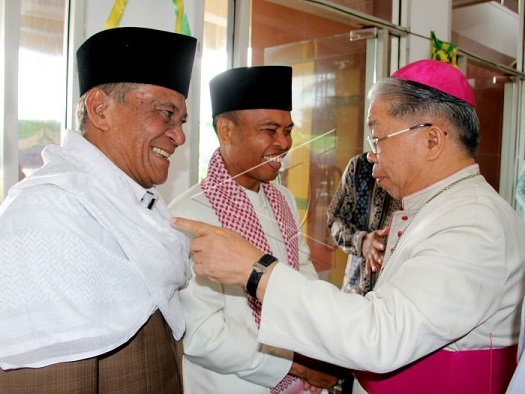