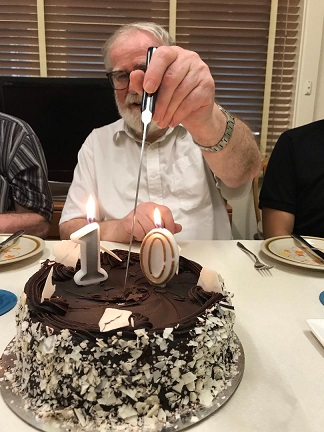 MSC ministry in the parish of St Thomas the Apostle in Blackburn began in 2008 with the arrival od Chris Murphy as PP - although parishioners had a longtime encounter with MSC through parish picnics in the grounds of the Sacred Heart Monastery at Croydon.

During 2008 planning was underway for establishing a house of studies for post Novitiate students and St Thomas Parish seemed ideal because of its opportunity for ministry formation in the parish and because of its proximity to Yarra Theological Union (at which many MSC had studied  - and taught - previously). A house was rented from the Parish, renovated and readied for 2009. 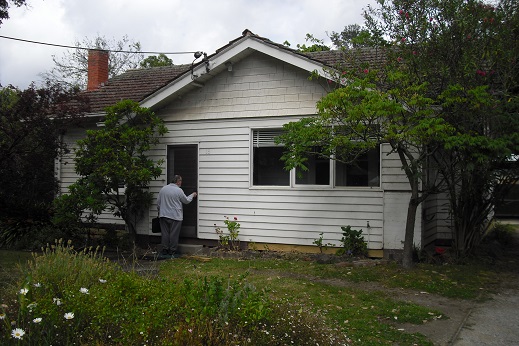 The house was not without precedent in education and formation terms, as Christian Brothers and Loreto Sisters Communities had lived there while working in their local schools, and 'Ballarat Mercies' stayed there while studying at YTU. 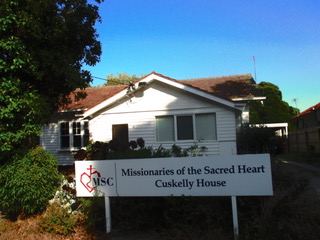 Pat Mara, fresh from the Novitiate, was to be the first MSC student in residence, with Philip Malone as post Novitiate formator. Unexpectedly, but nonetheless welcome, Tru Nguyen and Kimi Vunivesilevu joined the community as pre Novices. 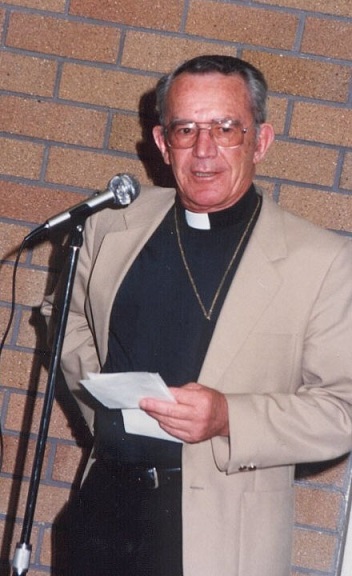 Cuskelly House? It was felt the house should have the name of a significant Australian MSC involved in formation and post Vatican 11 renewal. Jim Cuskelly 'fitted the bill' admirably, and so on 21 March 2009 (the anniversary of his death) the Provincial Superior (Tim Brennan) blessed and officially opened Cuskelly House, with MSC religious, Lay MSC, representatives of the Parish, YTU staff and students, religious congregations and friends in attendance. 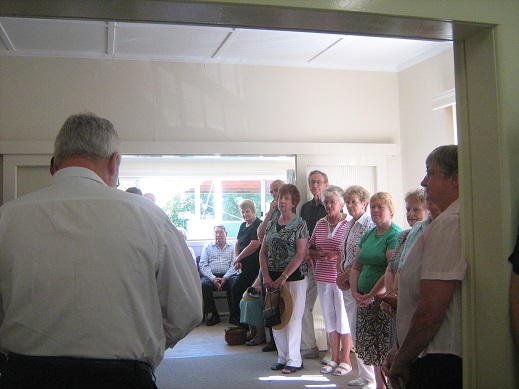 Over the 10 years Cuskelly House has continued its double function as post and pre Novitiate formation house, with - as well as the three mentioned already - Khoi Nguyen, Nicholas Chua, Krish Jon Mathavan, Sandy Abbey, Kenji Konda as members of the community, and Frank Dineen and Chris Murphy as post Novitiate and pre Novitiate Formators. 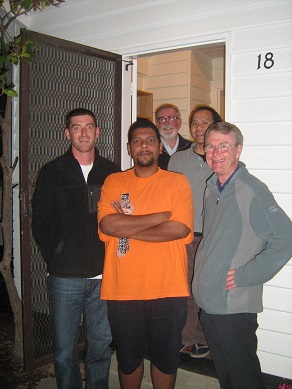 As well as being our MSC formation house, over these years Cuskelly House has been busy in other ways. James Maher lived in Cuskelly House while completing his Masters Degree at YTU as did Fr Joseph and Alo Lamere while participating in the Siloam Program at Heart of Life. Many other MSC have stayed or visited while assisting the formation program, helping in the parish, en route to and from wherever, having a break ... Archbishop Hart was hosted as part of his parish visitation, Cardinal Aziz (Prefect of the Congregation of Religious) and his entourage came to lunch, Brian Cahill had his Melbourne celebration of Silver Jubilee of Ordination there and Cuskelly House has offered regular hospitality to the Melbourne MSC Community, our Lay MSC members, family members of our students, students from YTU and Heart of Life, Parishioners and more.

Now ten years on MSC ministry continues in Blackburn with Terry Bowman as PP and Cuskelly House continuing as house of formation, hospitality and welcome. Our MSC pre Novices are Trieu Nguyen from Vietnam, Dean Fonseca from India, New Zealand and Sydney and Daniel Magadia from the Philippines and Adelaide, with Khoi Nguyen as Director; Tuan Anh is living in while continuing studies at language school at YTU, hopefully joining the pre Novitiate program next year. 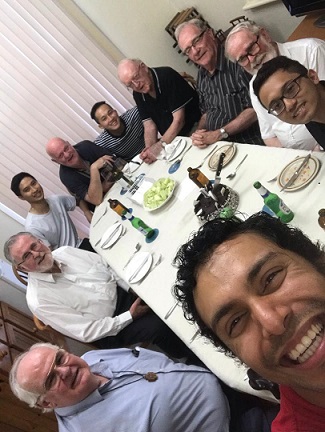 To capture all the selves present, a selfie!