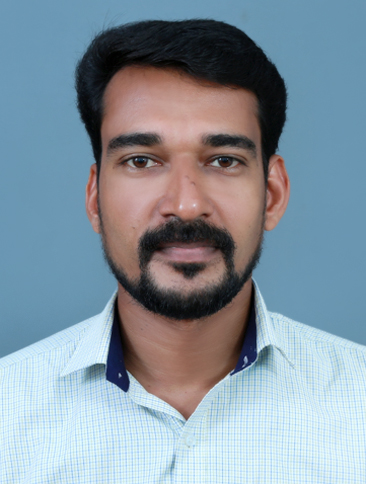 Fr Peter Antony is the new Assistant Priest.  We learn about him in this interview from the Randwick parish bulletin, with thanks to Tony McNamara and Debra Lawrence,

Tell us about your family

Both my parents are in their 60s. My father, Antony is a builder and my mother, Mary is a traditional housewife.  I have two brothers – Printo and Prince. I am the eldest, being born in 1985. It’s a traditional Catholic family where we try to attend Mass everyday and not miss Sunday Mass and say the Rosary in the evenings. My primary and secondary schooling was at local parish schools – St Joseph’s Primary and St Sebastian High School.  I finished schooling in 2002.

The family’s home is in Vellarappilly a city in the Indian state of Kerala.  Interestingly Kerala was the first state in the world to democratically elect a communist government in 1957.   Kerala has a diverse population, with 56% Hindus, 25% Muslims and 19% Christiwickans.

Thoughts of being a priest?

Well, from an early age I wanted to be a priest but had not thought whether I wanted to be a diocesan priest or a member of a priestly Order. I have an Aunt who is a Sister of the Divine Saviour (the Salvatorians whose priests are in Gosford and Western Australia). But being part of the Missionaries of the Sacred Heart Order happened by chance – perhaps by God’s Providence.

How? I met a Carmelite of Mary Immaculate Nun who mentioned that there was a MSC seminary nearby my home town. I knew little of the MSCs as the Order first came to India only in 1985.  I enquired about what the Order did and I felt attracted to their ways of serving God by sharing the message of God’s love to everyone so I applied to join them. I was accepted and entered their Seminary in Bengaluru in July 2003. I spent the early part of 2003 working in my home town.

Training to be a priest in India

It’s a little different and a little longer. Developing a broad education is important so at the CMI College I did concurrent Bachelor studies, first in Philosophy, and Theology and I did my Bachelor’s in Arts in a Jesuit College. And in the Seminary my Novice Master was Fr Tony Bolt, now at Kensington Monastery but at OLSH in 2003.

And during my formation years my tutors included Fr Prassad and Fr Joshua each of whom spent some years at OLSH too. They told me how much they enjoyed being at OLSH so I was delighted when I learnt that it would be my parish in Australia.

Yes, on 27 November 2016. So my journey to being a priest was 13 years. I took a break from my studies in 2012. Why? Partly because my family needed help and it was also an opportunity for me to be certain of my vocation. At the end of that year there was no doubt of my desire for a priestly life. And there was no doubt either of my family’s support for me of my choice. I was ordained along with six other priests. Two are in France, one in Japan, two remain in India and me in Australia.

And after your ordination in 2016?

I was working in one of the Dioceses in Kerala until February 2018.

You arrived in Sydney in  August 2018. First thoughts in comparing Ausralia with India??

Australia is more of a secular nature and India has more religious diversity. Australia is cleaner and less populated than India. Both the countries are very strong in playing cricket. Here communication is easy with one language but back in India each state has their own languages though Hindi is the national language.

The first feeling I had of Randwick was feeling at home. People are very kind and friendly. I feel it’s a vibrant place with different cultures. And in a year’s time I’ll have firmer views but I’m sure they will be positive.

Do you prefer Fr Peter or Fr Antony?

Either is fine but in order to avoid confusion Fr Antony would be better.