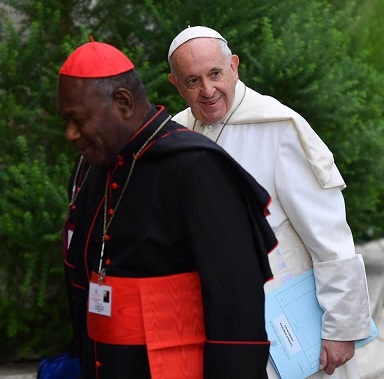 crdinal Ribat stressed his country is facing one major problem that can't wait for a solution: climate change.

“It is really the biggest issue for us. We cannot keep quiet about it. We have to come out with it,” he said, noting that the “king tides, king waves” and rough winds “belting” the island nation are already forcing many people from their homes.

These are the things “we cannot stop. They continue to come, and they are more powerful than us,” the cardinal said, explaining that while temporary sea walls have been set up, “they won't hold.”

“Our situation, it's timely, you either talk about it or you see these people finished...There's not timing for it. The time is either now or never.”

Cardinal Ribat, a member of the Missionaries of the Sacred Heart of Jesus, was one of the 19 prelates that got a red hat from Pope Francis in November’s consistory, and is a prime example of the Pope’s affinity toward the global peripheries.

Not only does Ribat come from a small island nation with an equally small Catholic population, he is the first prelate from the country to ever be named cardinal, giving voice to a sector of the Church whose concerns might otherwise go unheard. 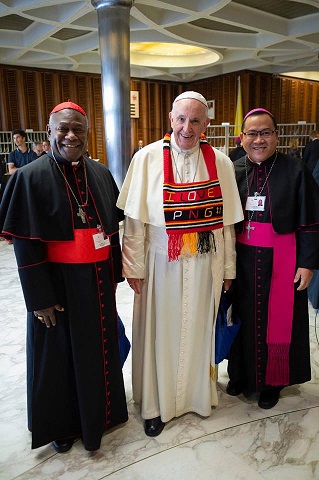 The cardinal said he didn’t know that he had been named a cardinal until the country’s nuncio came and told him.

“For me it was absolutely unexpected. I never dreamt about it, never, I never wrote for this. It just came. So it was really a shocking news for us,” he said, explaining that the appointment sent “a great message” to Papua New Guinea.

Not only did he get congratulations from the country's Catholics, but he also received celebratory calls and messages from other Christian denominations as well as the nation’s small Muslim minority. Prime Minister Peter O’Neill also offered his congratulations in local papers and on TV.

For the cardinal, his appointment is “timely and it gives us a chance to come to the center and hear our voice, to listen to our voice.”

Ribat said his red hat was timely above all because it allows him to have more heft when voicing the country’s concerns, particularly on the issue of climate change.

The phenomena is something new that most islanders have found themselves entirely unprepared for, he said, explaining that “we were happily living and it was not a concern for us. But at this time we cannot be quiet.”

“It’s happening at this time and we don’t know where it is coming from and why it is happening...we have islands disappearing, being washed because of the high-rise sea level and people there, they have to move,” he said, noting that many of the smaller islands “are not able to sustain themselves” for much longer.

Papua New Guinea is among the nations considered most at risk for the effects of climate change. For several years the country has been affected by rising sea levels and changes in temperature, rainfall patters and the frequency of tropical storms.

According to the Australian Government’s 2011 Pacific Climate Change Science Program report, temperatures in the capital city of Port Moresby have increased since at a rate of 0.11 degrees Celsius per decade since 1950, causing sea levels to rise at a rate of 7mm per year since 1993, since water expands as it gets warmer.

Predictions for the future look grim, anticipating that the trends will carry forward as temperatures continue to increase, leading to hotter days and more volatile rainy days, with sea levels continuing to rise. 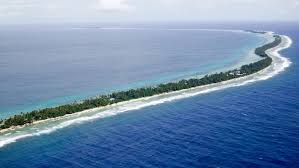 Islands such as Carteret and Tuvalu have reportedly already begun to feel the sting, with rising sea levels leaving food gardens flooded while homeowners seek to transfer to higher ground. Coconut farms – the country’s primary agricultural product – have so far been most heavily affected.

The report also states that inconsistent weather and rain patterns have already led to more frequent onsets of malaria and the common flu, and will soon start to have an impact on the economy, since the country’s agricultural production is being affected.

In his comments to CNA, Cardinal Ribat, who met with Pope Francis right before coming to the interview, said he brought the issue up with the Pope during their meeting, and that Francis was sympathetic to their plight.

“His response was that the nations are not listening, that’s what he said,” Ribat explained, recalling how the Pope told him that while “we do our best, we try to voice our concerns,” the answer ultimately depends on other nations.

Pope Francis has often spoken out about the need to make more firm commitments in trying to find solutions to climate change, focusing on the issue at length in his 2015 environmental encyclical Laudato Si.

Speaking of Laudato Si, Cardinal Ribat said the encyclical helped the world to see “the importance” of the problems they face not just in Papua New Guinea, but “in the whole Pacific.”

Ribat called on nations to take greater action, specifically asking “powerful” countries in the West “to respond in a positive way to help us, because this high-rise sea level, we’ve never experienced it before (and) we are wondering what is happening to us, why all this is happening.”

For those who doubt the effects of climate change or think that it’s a myth, the cardinal said his response would be to “come and see” if they “really want to be sure about what is happening.”

“This is where you really see the effect of what is happening,” he said. “So when you talk about climate change, maybe here because you have a big land mass you are talking about it and waiting for it to come in the future. For us, it is right now.”